I know this probably isn’t much to all y’all but I had a pretty epic run in The Pinball Arcade on one of my favorite tables last night, and cleared a billion points on The Addams Family: 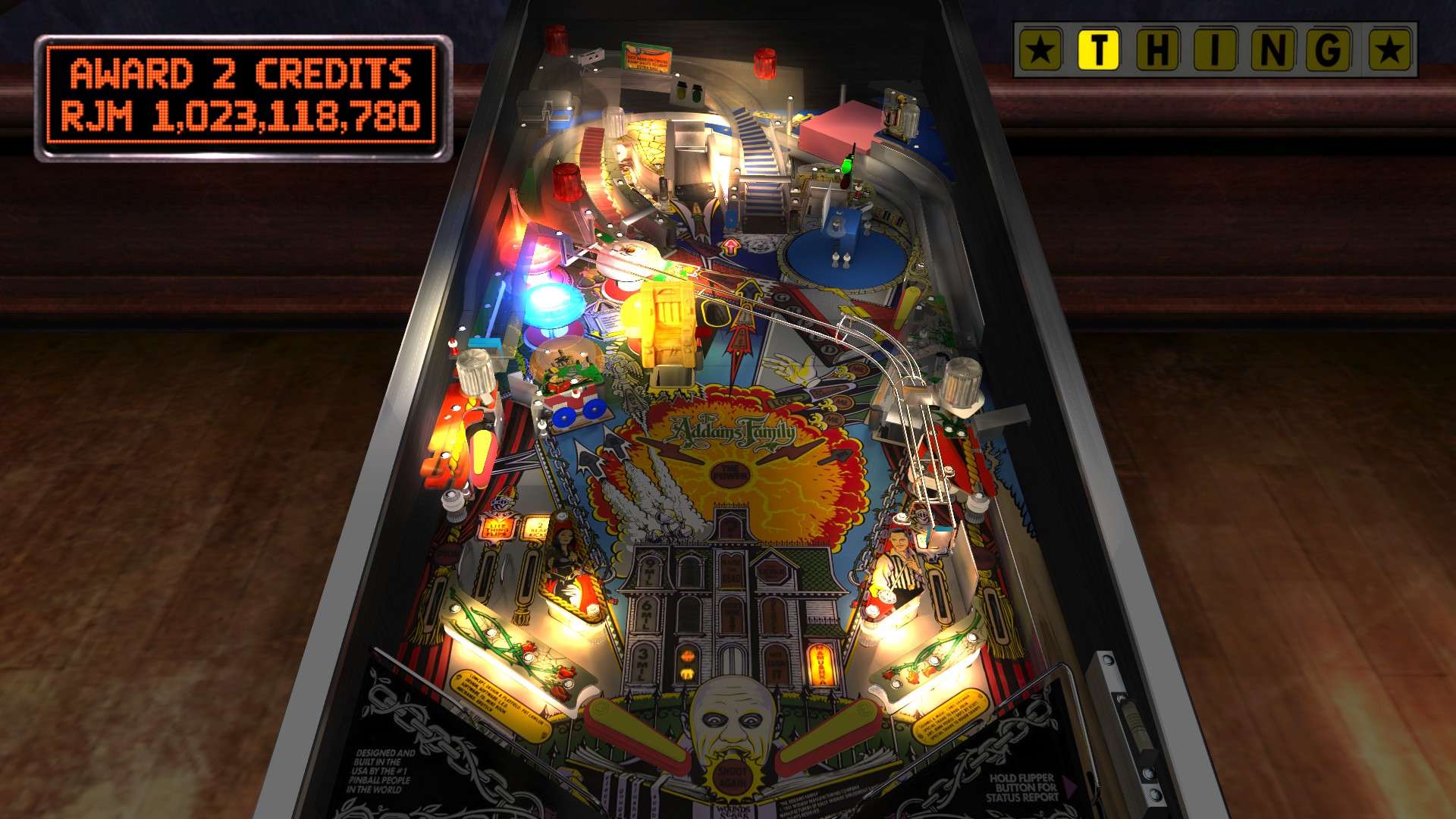 That ended up almost doubling my previous high score, and I managed it despite completely bombing Tour the Mansion. This run is pretty decent because I front-loaded the points; I lost two balls just trying to lock the third ball for multiball because of the stupid playfield magnets.

TAF really is a well-designed table; everything is in just the right position to demand some timing skill. Emulating it isn’t the same as playing the actual pin, but with our main local pinball gathering place closing at the end of the year, The Pinball Arcade may end up being all I have left. I’m happy the FarSight team is doing what they can to preserve the hobby digitally because a lot of these tables will soon start just being gone as more tables enter disrepair.

The day before that, I had a 600 million point-plus run that was almost all in the third ball; if you want to see that you can check it out as I was streaming at the time.

If you like what you see, please follow my channel on Twitch. I try to broadcast at least a couple of times per week. It’s not always pinball. :)

I can’t wait. Pinball FX 2 has been one of the best games I’ve played so far this year and four more tables, with more on the way, sound like a great idea.

It won’t include any tables, but you’ll be able to import all of your original Pinball FX content, free of charge, and add new tables via custom content packs.

Old and new tables benefit from a revamped physics engine and graphical overhaul. The new tables are way more elaborate and really invoke the feeling of playing pinball at the arcade. While the old tables won’t change cosmetically once imported into the sequel — they’re far less elaborate than their newer counterparts — they will benefit from the updated physics, which dictate more realistic behavior for the ball.

Sold. Pinball FX is one of the Xbox Live Arcade games I come back to time and time again, but it’s ugly. A new engine and more new tables is going to be very welcome.

After Abby’s birthday celebration, I look my son, my father, and my best friend to CP Pinball for a few hours of fun.

Last Friday, my parents watched the kids while Amanda and I went out and had dinner together, followed by a dessert elsewhere and a surprise (to her) trip to play some pinball.

The owner of CP Pinball takes apart a Twilight Zone playfield to check for problems. He ended up having to replace a solenoid coil that wasn’t firing properly.

This weekend promises to be a nice one. We’re currently celebrating my eldest daughter’s fifth birthday, I have some fun stuff planned to work on, and tomorrow night I’m headed back to CP Pinball with my friend Bob.

A picture of the birthday girl:

This is my favorite image from the set I took during my visit to CP Pinball last Friday. I’m working on a longer blog post about the experience and the place (which you should visit at least once someday when you are in St. Louis), but for now, this will have to do.

The table in question is Grand Prix, an older Williams one.