Illustrator Scott Balmer created this really awesome geometric-style design with the items from the Super Mario series of games: 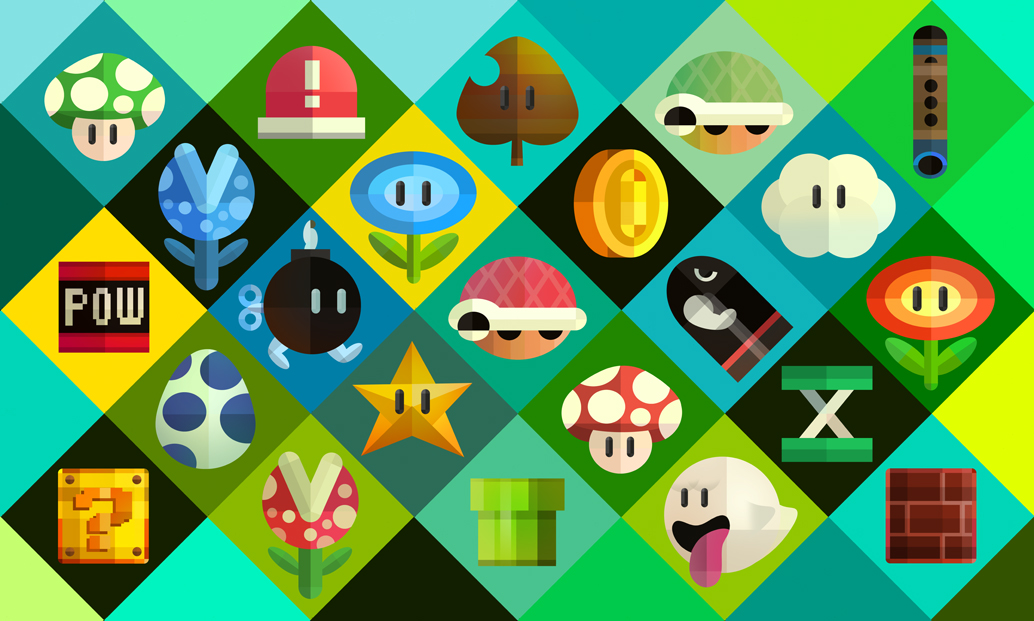 It’s available in multiple sizes, as well as various resolutions for iOS devices, and even a set of icons for your desktop OS of choice.

If you like this one, he’s also created a set of the same for the Zelda series.

I will own some of these.