Around the time of the Xbox One launch, I swore off multiplayer first-person shooters. I felt like I’d had enough of the grind, progression, and skill imbalance that have followed me from game to game. I successfully warded off both Battlefield 3 and CoD: Ghosts after having read that those games were full of nothing but the same.

So why did I pick up Titanfall, and why have I been having so much fun with it, even though I haven’t gotten any better at FPS games? 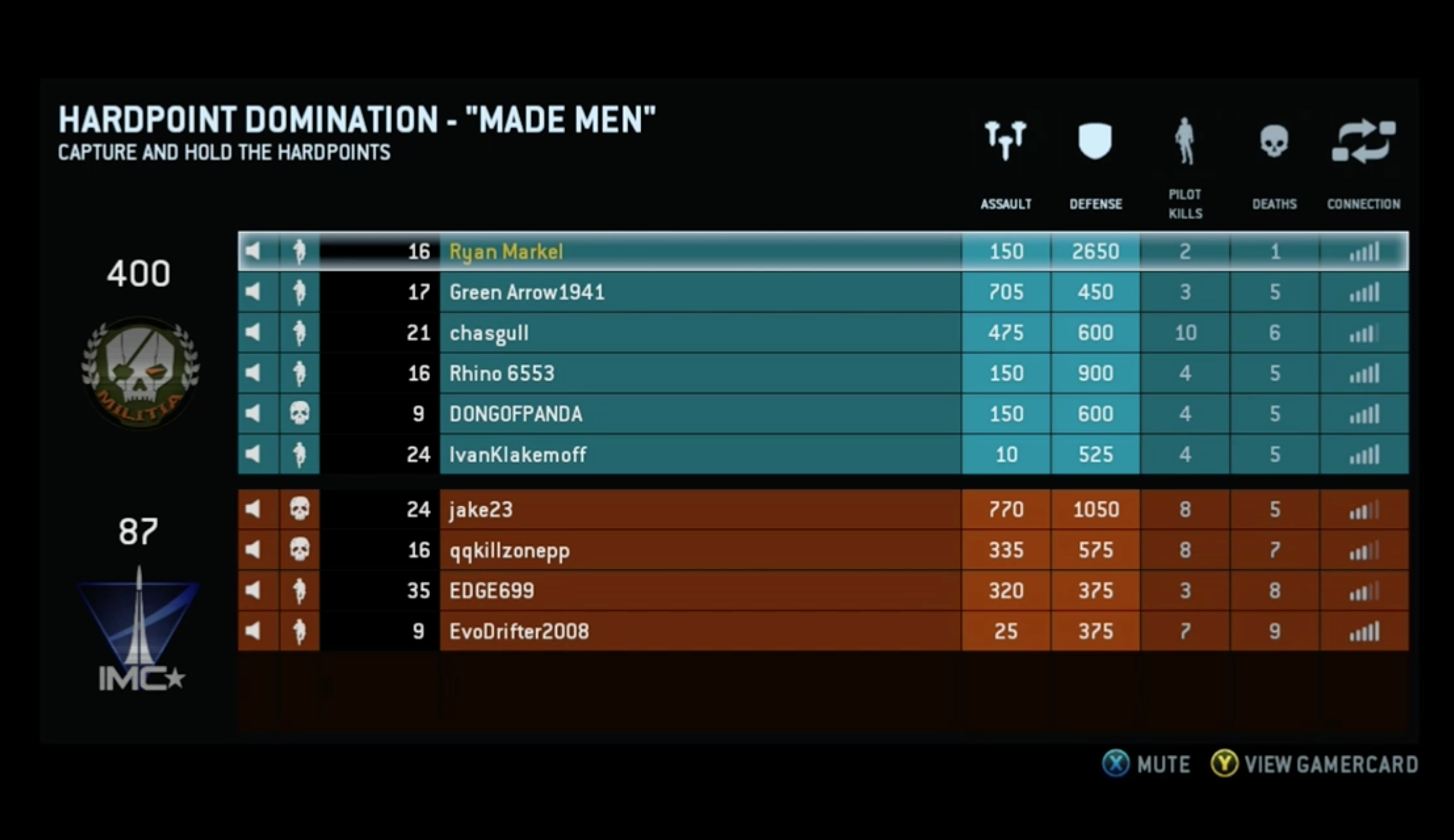 That’s an MVP placement, and you can see that I only killed two other humans (though a good number of AI soldiers), and died once. I scored 95% of my points on point defense, and ended up scoring first on the team by a long shot.

Everyone keeps talking about the giant robots. Yes, you can call down a giant robot every few minutes (usually a few times per match), and yes, there’s a great balance between the giant robots and the foot soldiers.

But this is the first game I’ve played in a while that successfully rewards different styles of play. And it rewards objective play over going lone wolf and racking up killstreaks. I might not get Titanfalls as often as other players because I’m not actively stomping others while on foot, but I’m defending capture points and getting rewarded for doing so.

There are lots of other things I could say about the game. The Smart Pistol is the first real assassin-style weapon in a military-style FPS, especially when combined with wallhanging. The wallrunning and double-jump stuff while on foot give a sense of exhilaration that you don’t normally feel in an FPS, and you can do so much with the tools at your disposal.

It feels like you have options. And at least so far, that’s a refreshing change.