When I am playing Street Fighter V and I am trying to get placed into a ranked match, and while trying to sync up with my matchmade opponent I get this: 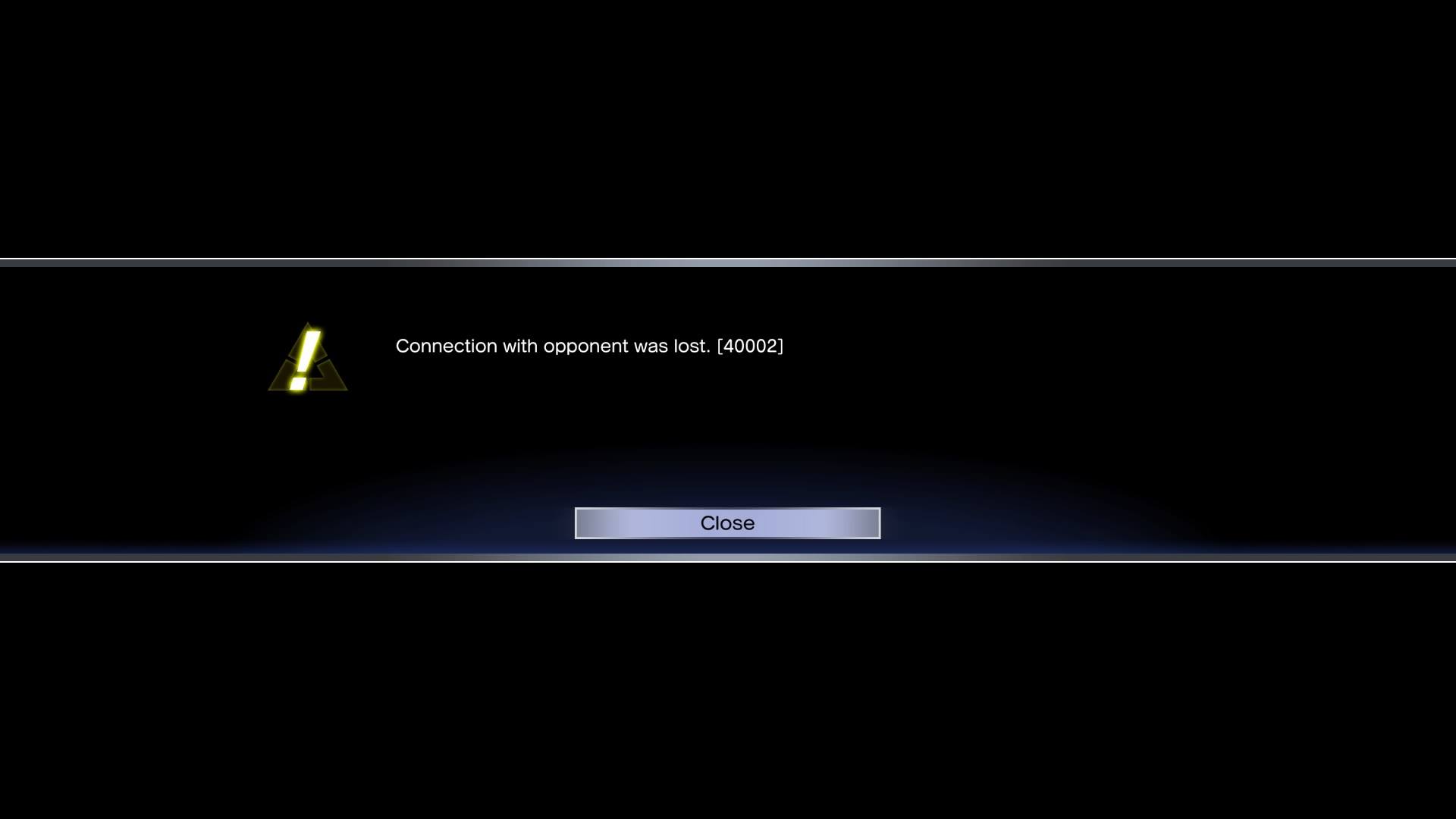 Do not take me here: 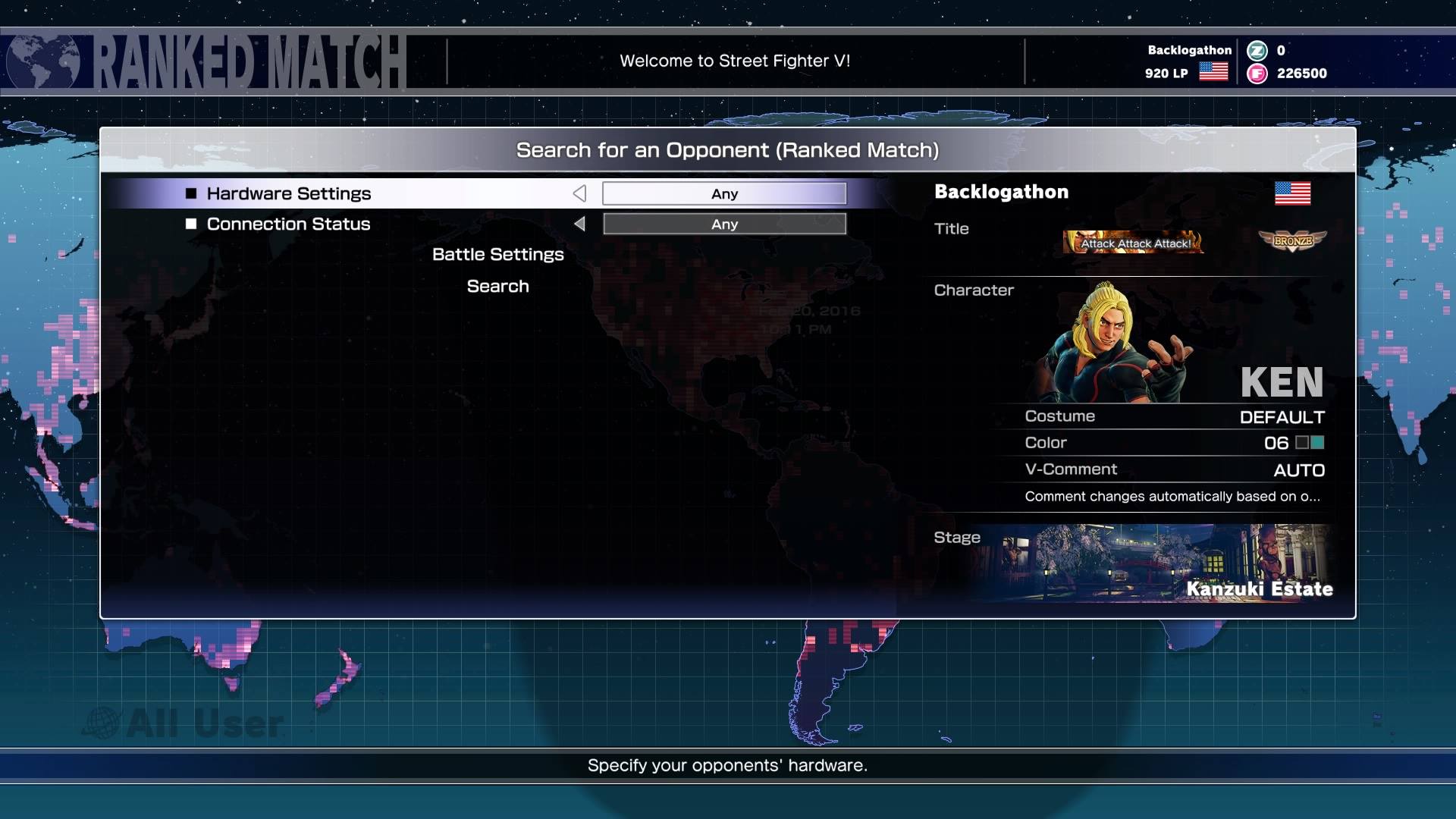 I NEVER WANT TO GO THERE.

Just take me here instead: 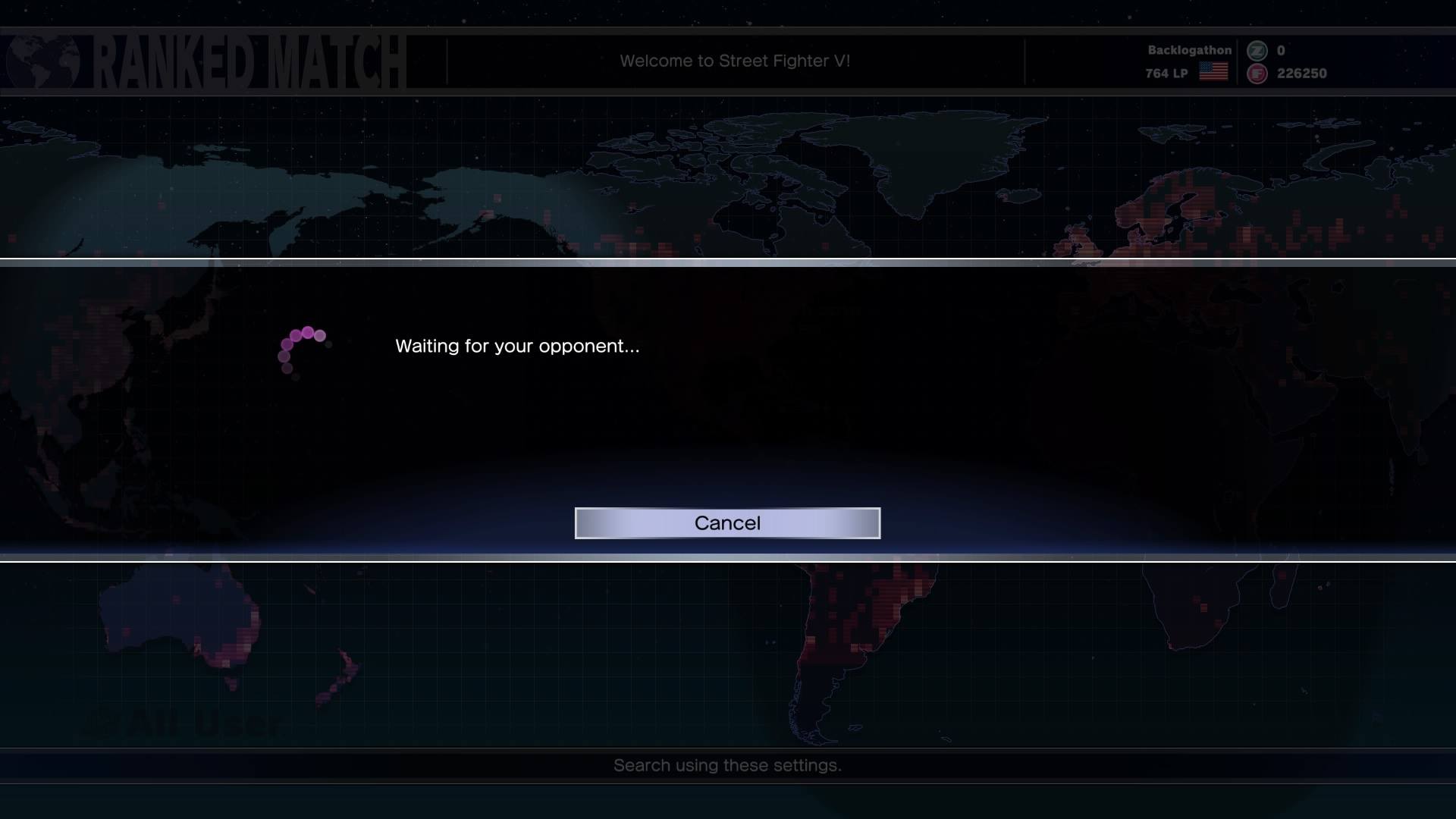 And put me in the hopper for another match.

Street Fighter is back. I very clearly remember my first experiences learning Street Fighter II in arcades and in video game rooms in hotels while traveling with my parents. I ponied up the $70 for a copy of Street Fighter II when it came out for the Super Nintendo, and a version of the Street Fighter series has been part of most console lifecycles for me.

After about a week of playing with Street Figher IV, the newest iteration in the series, it’s like coming home. It’s both familiar and excitingly new at the same, time. It creates a great look with 3D effects (including some of the “brush stroke” things you can see in the intro video), while still maintaining solid 2d fighting fundamentals and impressing with technical merit.

Like its predecessors, it is alarmingly deep and rewards careful and dedicated play with layers of sophistication and rewards. It’s not for everybody, but I will say that I’m having much more fun with it than I probably should.