All in all it seemed obvious to me that whoever at Apple was working on the effect found the ideal amount of give to the parallax panning to get a natural feel and set the dimensions of new desktop images to fit this ideal down to the pixel. Therefore, to get the most natural fit for your wallpaper images in accordance to their current programming I highly recommend you crop iPhone wallpapers to 744x1392px and iPad wallpapers to 2524x2524px.

So there you have it: the ideal resolutions for wallpapers that will appear properly at whatever rotation and with the right kind of parallax scrolling.

Speaking of, John has a fantastic collection of wallpapers available that you can purchase for both form factors combined for just $10. I recommend them because they are awesome.

To colleagues or anyone else who might be traveling in the near future and would enjoy a good and somewhat unusual game on their iOS device: try The Nightjar.

It’s a rather different audio-only experience. The only video components are your controls. Headphones required. :) 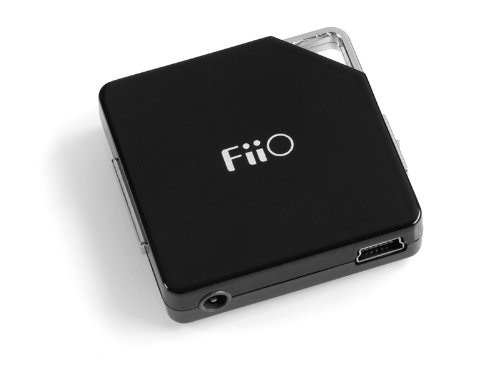 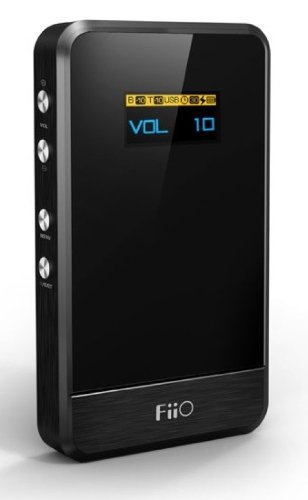 My go-to source for great background images and just-plain-stellar photography, John Carey has posted a series of images cropped for the new iPhone screen size on Fifty Foot Shadows.

If you like nifty images you should add his site to your RSS feeds.

“So, as of this week, we have computing performance in our pants pockets that nine years ago required a professional desktop workstation.”

— John Gruber, in his review of the iPhone 5

If I stop to think about all the things I am able to do with this tiny little device I carry with me everywhere and how I would explain that to 7-year-old me, I’m sure small me would think I had just described something straight of of the then-newly-premiered Star Trek: The Next Generation.

Andrew posted his, so what the hell—I’ll bite: 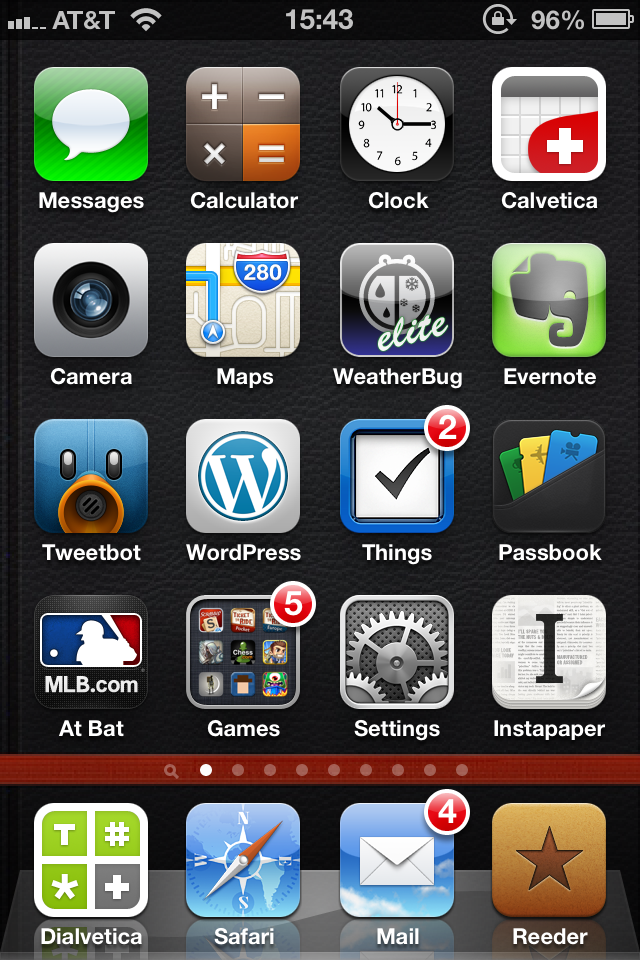 …that sucks all the money out of my wallet, that is. 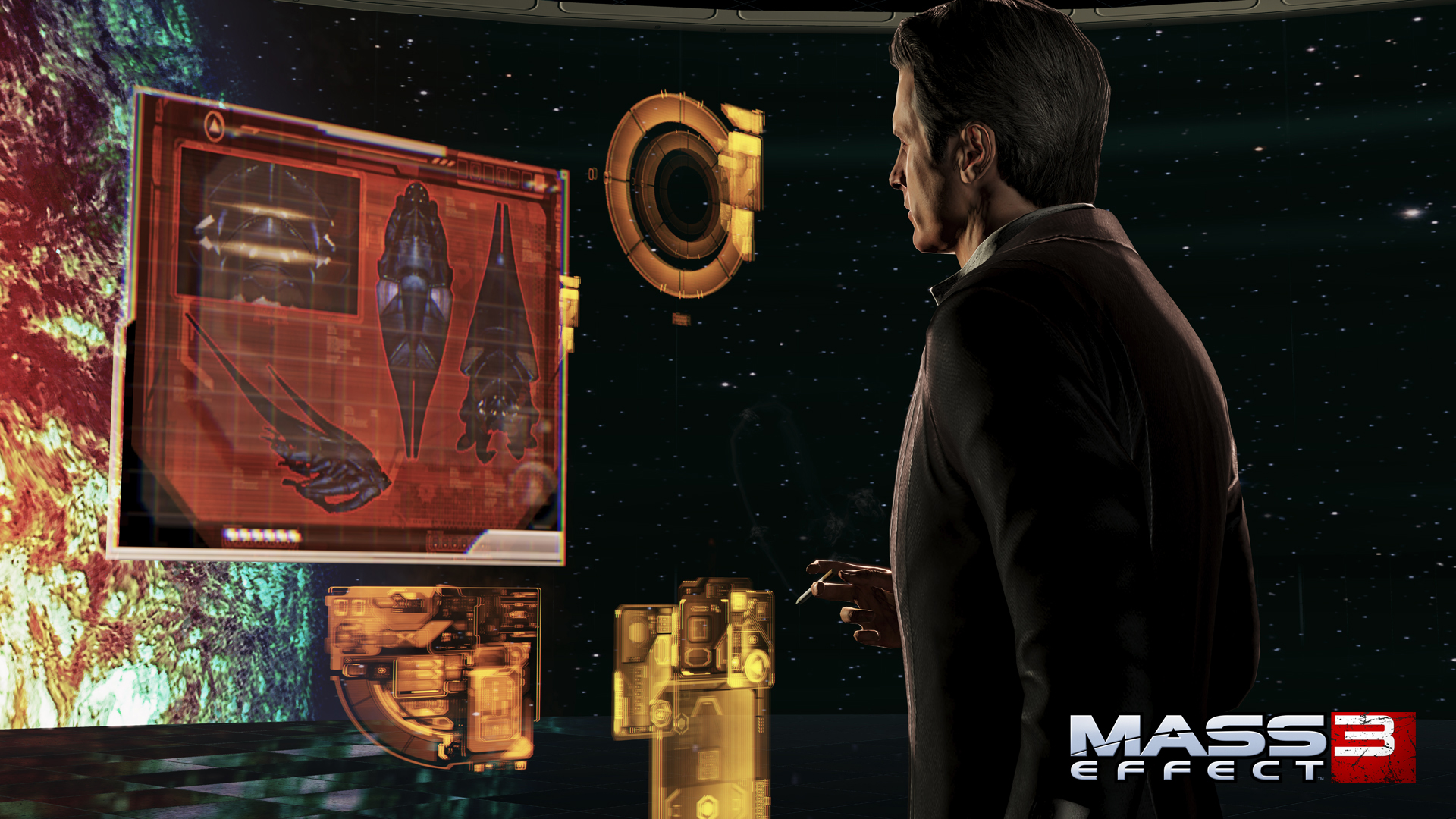 Maybe this guy is in charge of the Mass Effect 3 marketing plan.

Here’s a trio of stories from Joystiq today:

The Mass Effect series is hitting iOS devices with Mass Effect Infiltrator, coming to iPhone, iPad and iPod Touch soon, EA announced. Infiltrator is a third-person shooter featuring weapons and powers from the Mass Effect franchise, where players attempt to free prisoners from a hostile Cerberus base.

Players will receive awards for collecting evidence of Cerberus crimes in their mission, with each discovery and rescue increasing their Mass Effect 3 Galaxy at War Galactic Readiness rating. Actions in Infiltrator can affect the larger Mass Effect 3 storyline, and weapons unlocked in the mobile version can be used in Mass Effect 3.

Sold as long as it’s better and more meaningful than Mass Effect Galaxy (not hard to accomplish). IF it’s anything like the superb iOS versions of Mirror’s Edge and Dead Space that came out of EA I’m sure it will be great.

At an EA event in New York, the publisher revealed another iOS Mass Effect 3 tie-in, joining Infiltrator. “Mass Effect Datapad” is an iPad app that works with the console/PC game somehow. Details are currently slim on this one; we’ll get you more info as we learn it.

I’m buying this  especially if it is an iPad-browsable version of the in-game Codex, which can trap me for hours if I’m not careful.

Reader Craig sent us this image of his GameStop receipt, where he purchased a code for some Mass Effect 3 DLC ahead of the game’s March 6 launch. He reports that he paid $10 for it.

I don’t ever know what this is other than a title but you can guess that odds are good that I am going to buy it.

The level of anticipation I have for this game is staggering, and I am starting to fear that it will not live up to my own lofty expectations. For me, Mass Effect stands next to Assassin’s Creed, Gears of War, and Uncharted as the defining series of this console generation.

For many gamers, it’s more likely that they will stop playing at the end of a level rather than in the middle of a level. However, in Game Dev Story, the end of a level is somewhat blurred, as once your game in development is complete, rather than be rewarded with the sales figures immediately, you have period of time where you see your game’s sales figures gradually increase. You’re not inactive, however, because you’ll be taking on contract jobs or starting another game development project so your staff don’t lie fallow, effectively starting a second game loop before the first has finished. This overlap in game loops removes a natural exit point from the game, making it much more likely that you’ll continue to play. Forever.

Game Dev Story ate up a lot of late night time for about a week for me, and it is very cleverly designed in this way. You are constantly being given new tasks to do and it’s not clear when they will end.

It also helps that the game has a ton of charm and even intentional occurrences of “Engrish.”

You can pick it up for iOS here if you are interested in seeing what this looks like. It’s $4 well spent.

If you read what I write, you are no doubt familiar with the fact that I very much like the work Harmonix does.

VidRhythm is their newest release on iOS, and it’s a fun little toy. Here’s a clip I made in the car earlier today with the kids:

And another I made just now with the two older ones:

There’s been so much discussion on Color that there are even posts talking about how much discussion there has been. Regardless of this, I am going to tell you what I think of it and why I think it’s a poor concept and why it won’t fly—at least with me. I’d love to be proven wrong (and I think Sequoia would love for me to be proven wrong as well, with a pre-launch $41 million round that’s the talk of the town), but let’s roll with this.