This is the start of a journey. 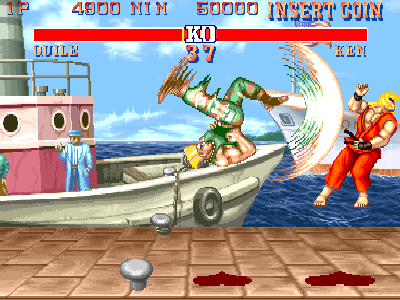 I’m 11, and my favorite thing to do when traveling with my family is to find the local arcade. I’ll play anything you put in front of me, but I love games where you work as a team, so I’m searching for games that have two sets of controls.

There’s a new-ish game in the arcade, and it’s bright and colorful. Someone’s standing at it and playing; it looks like a beat-em-up, like Final Fight or Double Dragon. Punches and kicks happen. It looks and sounds amazing.

I walk up to the machine and ask if I can play with him. He nods or something and I put in my quarter and hit 2P start.

I recall being very surprised when the game pitted us against each other and I suffered greatly at the hands of a weird green manimal-thing named Blanka. I walked away from the machine, disappointed at the meager time my quarter granted.

Later, the Pizza Hut out by my house kept a Champion Edition cab forever. Other cabs would come and go, but that one—that one was always there. We’d sit down and order our pizza; I’d ask my dad for some quarters and play against the AI because we always got to the restaurant early to get in our order before the dinner rush and no one else was there.

I always picked Vega because the wall dive was cool. 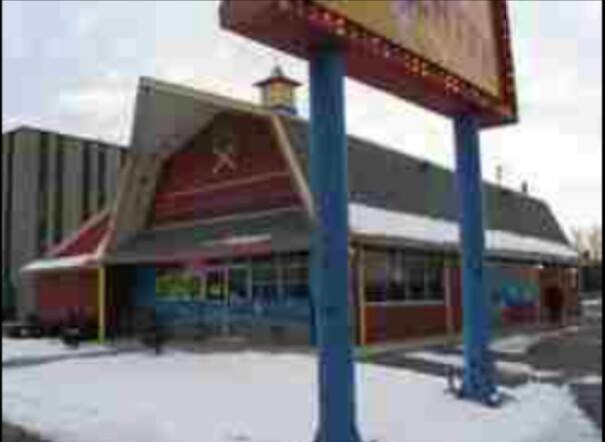 Kevin was a kid at my school who knew a lot more about video games than I did. He was almost always better than I was at them, too. I’d stay at his place Friday night through into Saturday, and we’d play anything and everything we could get our hands on.

I looked it up recently; the Red Baron has been gone for years. It was the ugliest thing you’d seen: an arcade stuck inside a building constructed to look like a giant barn. It had armed security and operators who hated it when you got salty and slapped a machine.

We were there the first week Mortal Kombat came out, and I remember the insane crowds around the cabinets. It was bloody, it had real people in it, it was janky—it was fresh and new. We’d go back there only occasionally as it wasn’t a short drive and we didn’t have our own cars, but I played a lot of Mortal Kombat, MKII, and even vanilla MK3 there before I ended up moving away.

The arcade in my new city didn’t have any good fighting games. 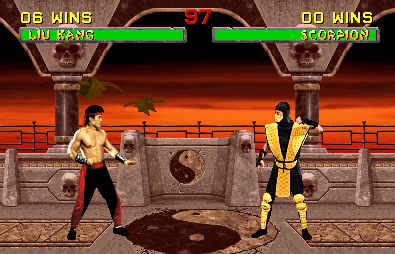 I recall a specific day at the Red Baron where I had untold riches to spend on the day’s games: twenty dollars’ worth of quarters. Kevin and I had played a lot of Mortal Kombat II over a period of months.

That day was going to be different. I changed my twenty dollar bill for a pocketful of quarters. Stepping up to the machine, we started the challenge. I was convinced that if I just tried enough times, if I dropped enough coin in the machine, if I tried the right characters and did the right specials, sooner or later I’d end up with a victory.

I dropped every quarter into that machine right in a row and lost every match.

It was only recently that I recalled this and finally understood why.

I was a scrub. 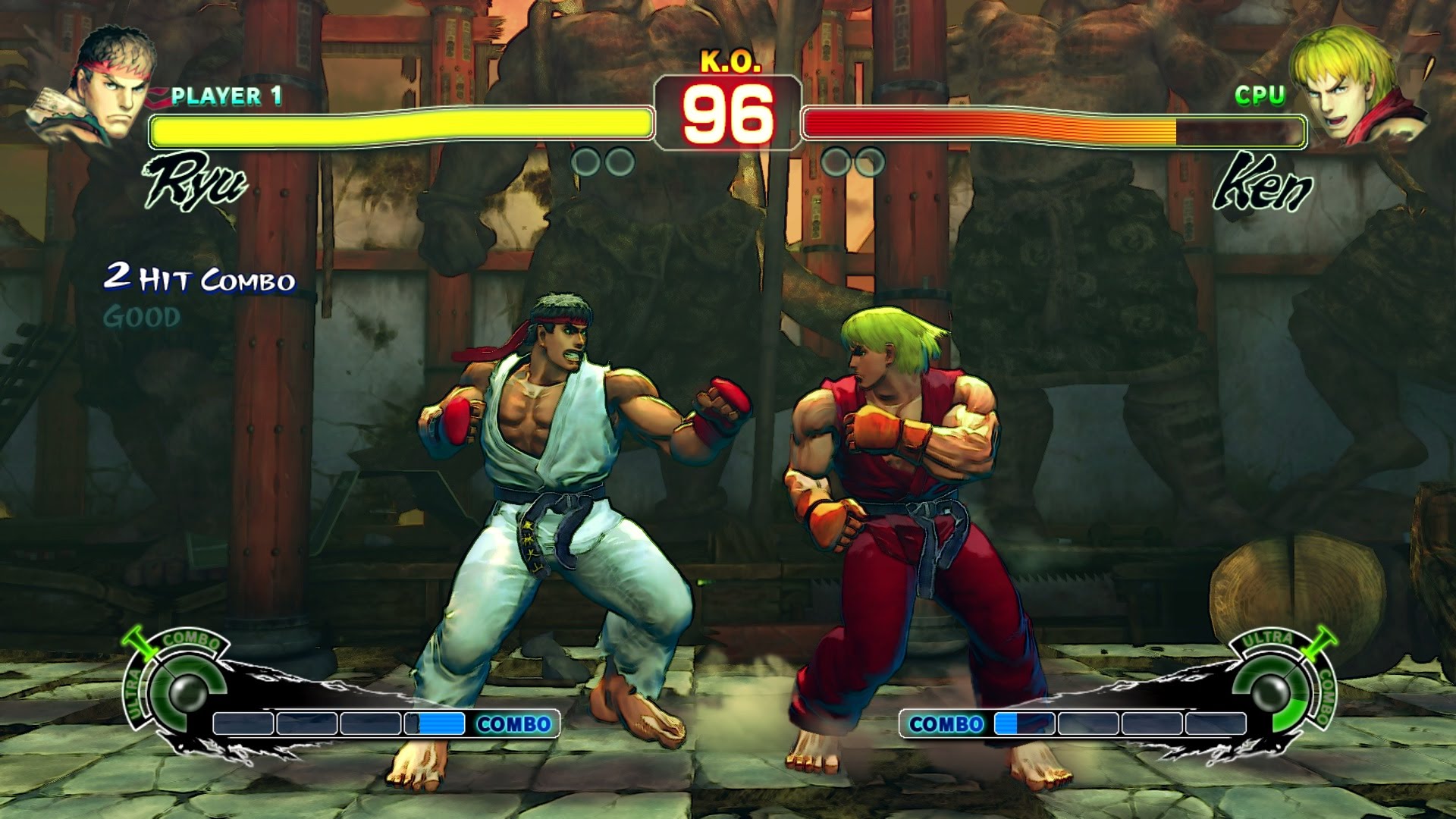 I bought Street Fighter IV like a lot of other people, even played through the single player here and there.

Around AE and Ultra, things changed. I started stream monstering a lot more. I made some friends via various internet channels who also loved fighting games—we watched matches and talked about them, and even played here and there. I started learning more about the game.

I read sites and tutorials. I learned what footsies were, and what it meant to make an attack meaty or keep an opponent guessing with pressure. Understanding combos, positioning, and execution were new to me, but I made an effort to see the game underneath the game I had thought I was playing.

I picked up a “main” for the first time, and started playing onilne. My play became more frequent. I bought a stick. I learned to react to things, and I had a money Ultra I could execute with good reliability. My win rate was maybe 10%, but it was slowly getting better.

I thought it was pretty rad that I was a C- Sakura player by the time Street Fighter V released. 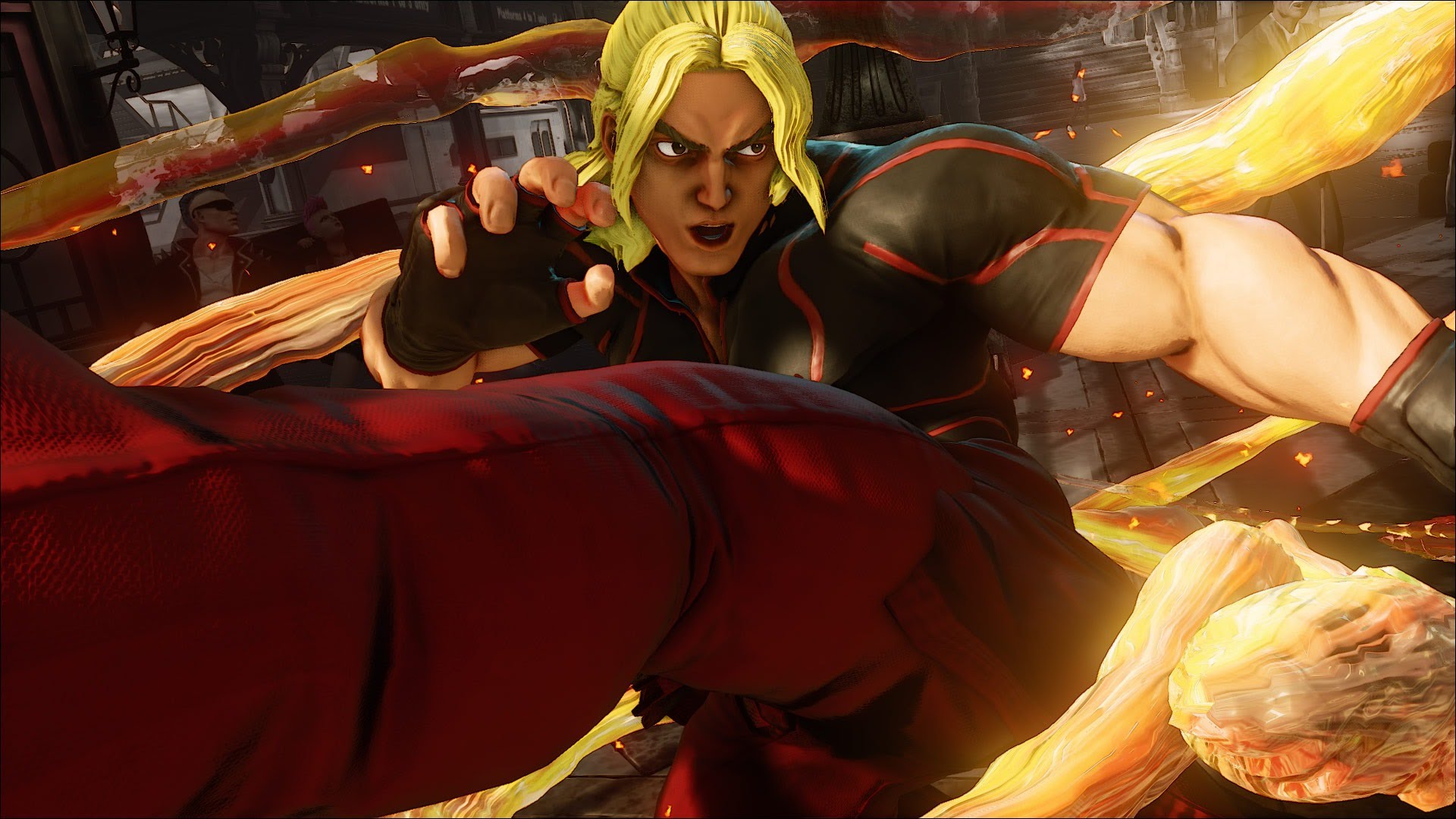 I bought in to Street Fighter V hard.

At the beginning of 2016 I told myself that I’d stop messing around with buying a bunch of games I never play and instead focus more of my time on getting better at something I had loved for decades.

I’ve been spending at least an hour a day playing Street Fighter since launch. Some days, it’s more, some days not at all, but it’s been consistent. I win a bit less than half my matches in ranked, which is only good enough to get you into the Bronze tiers.

I wanted to learn more and get better. Maybe prove myself. So I went to the local for the first time ever a couple of times last month.

I lost every match I had both times 0-2.

I went to Wizard World and entered the SFV tournament there.

I decided I needed help and asked for some assistance with my game from the local community. The response wasn’t stellar, and I got kind of salty about it. Even with my grumpiness, I did find someone in the local scene who offered to play me a bit and evaluate my game. I figured I wasn’t that bad – I had some problems with strategy, but my basic reactions were OK.

And then came the evaluation:

“You suck. You’re not good at much. Your reaction timing is bad. Your AA is bad. Your neutral is nonexistent. I haven’t seen you combo yet, but I assume you can do those. You’re like a human training dummy.”

I used to think that the instant you realized you were a scrub and you wanted to learn, you weren’t anymore.

Now I’m pretty sure I’m still just a scrub. Deep down, I’m still that kid who just keeps dropping quarters into the machine, hoping that maybe this time he’ll get the upper hand.

Knowing that I don’t know very much and that I don’t understand the neutral game is something I’m trying to incorporate into my play. I was always looking at it and trying to figure out why I didn’t win, but I thought it was the adages you still hear: you jump too much, you press too many buttons, you press buttons at the wrong time.

I’ll be streaming and writing about my journey out of the basement of fighting games, and I hope you’ll join me. I stream on Twitch as Backlogathon and you can follow my Twitter here if you want to know when I’ve posted. I’ll try to do what I can to keep up with what I’m doing with regular videos and updates on how things are going. I’ll try to analyze my play better and figure out what I’m doing wrong.

Combo Breaker is coming up in less than two months in the Chicago area. It will be my first time attending a fighting game major. I don’t plan on wasting the opportunity.

I’ve dropped the money to register. I have a room reservation. I’m going. I’m not going to get out of my pools for sure, but you know what?