Fair warning: this post is going to be pretty personal, and if you don’t care about my struggles with my weight and food, then you should probably just skip it and move on to the next post.

In fact, I’ll add a cut link here to encourage it unless you really do care about me, in which case, please proceed.

END_OF_DOCUMENT_TOKEN_TO_BE_REPLACED

Well, this was definitely a thing.

12-minute AMRAP (as many rounds as possible):

39 reps, which is only halfway through the second round’s worth of lunges.

This was a pretty bad one for me just because of the lunges. At first, I thought this wouldn’t be horrible and I was just thinking that I would get to the pull-ups and then have to stop scoring at that mark because I still can’t manage a single pull-up.

But instead, I had neglected to realize that doing lunges with a 290-pound frame while putting two 35-pound dumbbells on your shoulders is not easy. I had to psych myself up for almost every one of them, twice forgot which lead leg was next, and a few times got down in the lunge and then just couldn’t get back out of it. I might have done better if I had thought more about the lunges and less about hating the pull-up requirement.

Apply the same weight-based knowledge to my knee raise grip and that’s a decent start. At least my power cleans were unbroken? And I didn’t tap out.

I’m not sure I’m happy with myself this week. I gave it a lot of fight, especially at the end, so maybe this is just not a workout I can get much further in. My legs are sure feeling it right now. (I hate stairs.)

I mentioned last week that I was upping my activity to every day; here’s how it’s going:

Attendance: I missed this past Thursday because I didn’t have the car for most of the day and couldn’t get up early enough after going to see a concert the night before. It was active recovery day, so I got out and moved a bunch instead and so today when it came time for the Open workout, I didn’t feel too bad. Hit every other day, though.

Muscles: Holy crap, uh, this is a new level of soreness. Sunday morning after 17.1 was the worst. The interesting thing is that it’s not the “I don’t want to get out of bed” level of soreness I was seeing when I was going two days a week. This is more just soreness distributed more evenly throughout my body, and at a low level but it’s always there. I will say that in general, I feel better than I did when I was not going as much in a given week.

Stats: One new PR (2-rep power snatch). Weight is actually up a bit, which you know, whatever, I guess?

I was hoping to see at least some weight loss in the first couple of weeks after making this change, but so far that’s not panning out, which (at least for my state of mind) sucks. But my Withings body fat mass measurement is doing this:

So you know, whatever? The human body is weird.

I’m starting to think that there’s something chemically wrong with my body and how it processes things like exercise. This is my weight over the past two months, where I’ve been going to CrossFit three times a week: 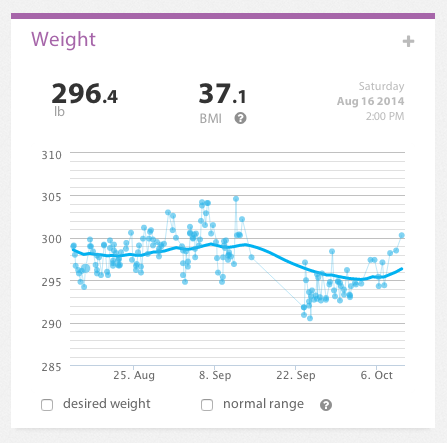 To me this is inexplicable. The only big loss I had was when I was at the Automattic Grand Meetup, and during that I was not on my regular exercise regimen and I ate/snacked way more than normal.

I’ll have more to say about the benefits later, but it can be seriously demoralizing to hop on the scale and see a number higher than when I started this program. 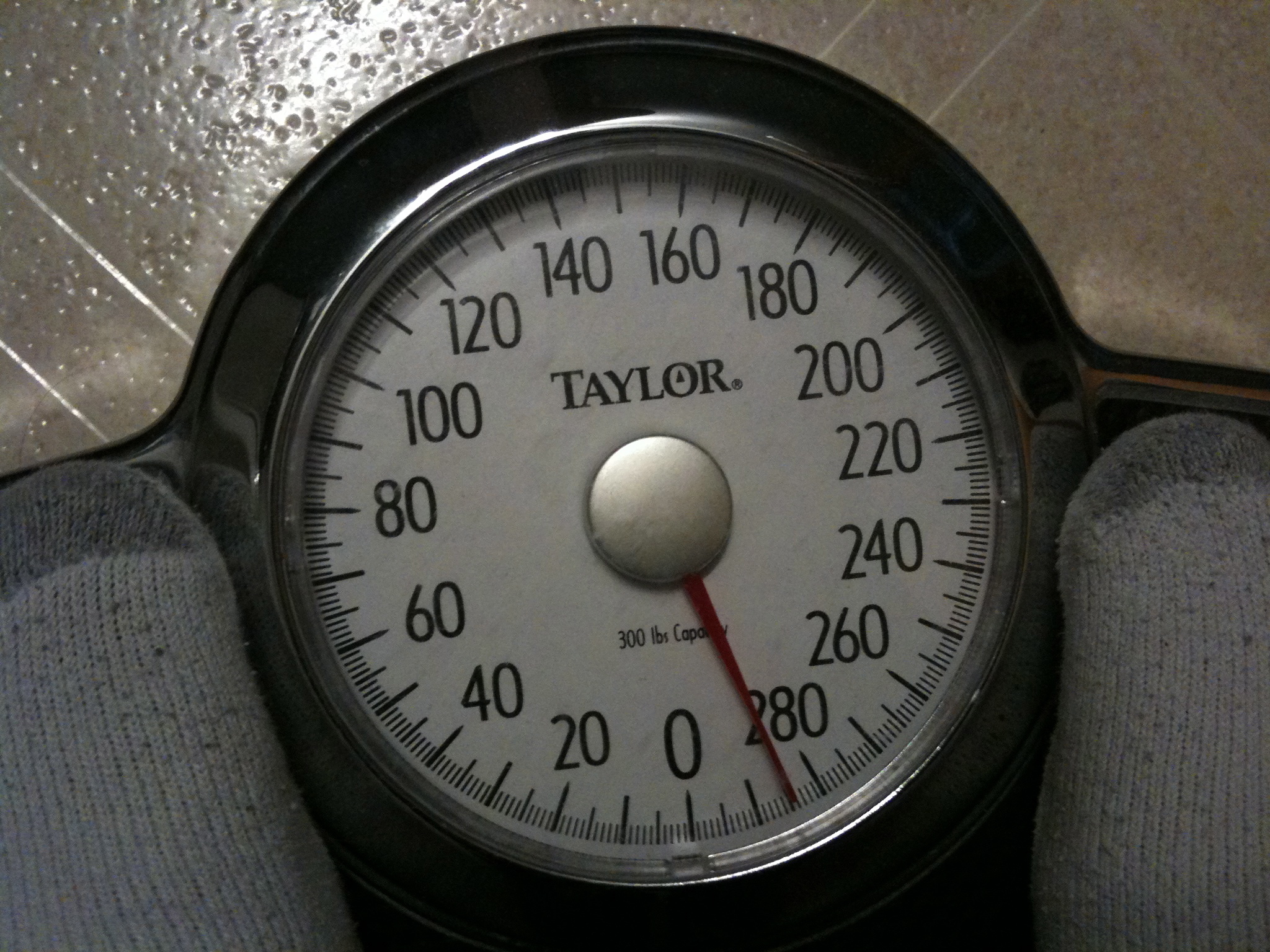