Just getting things ready for Saturday. Decided my old streaming scene was a bit boring, so I tried upping my game. So far I like what I’m seeing and probably won’t change it too much. 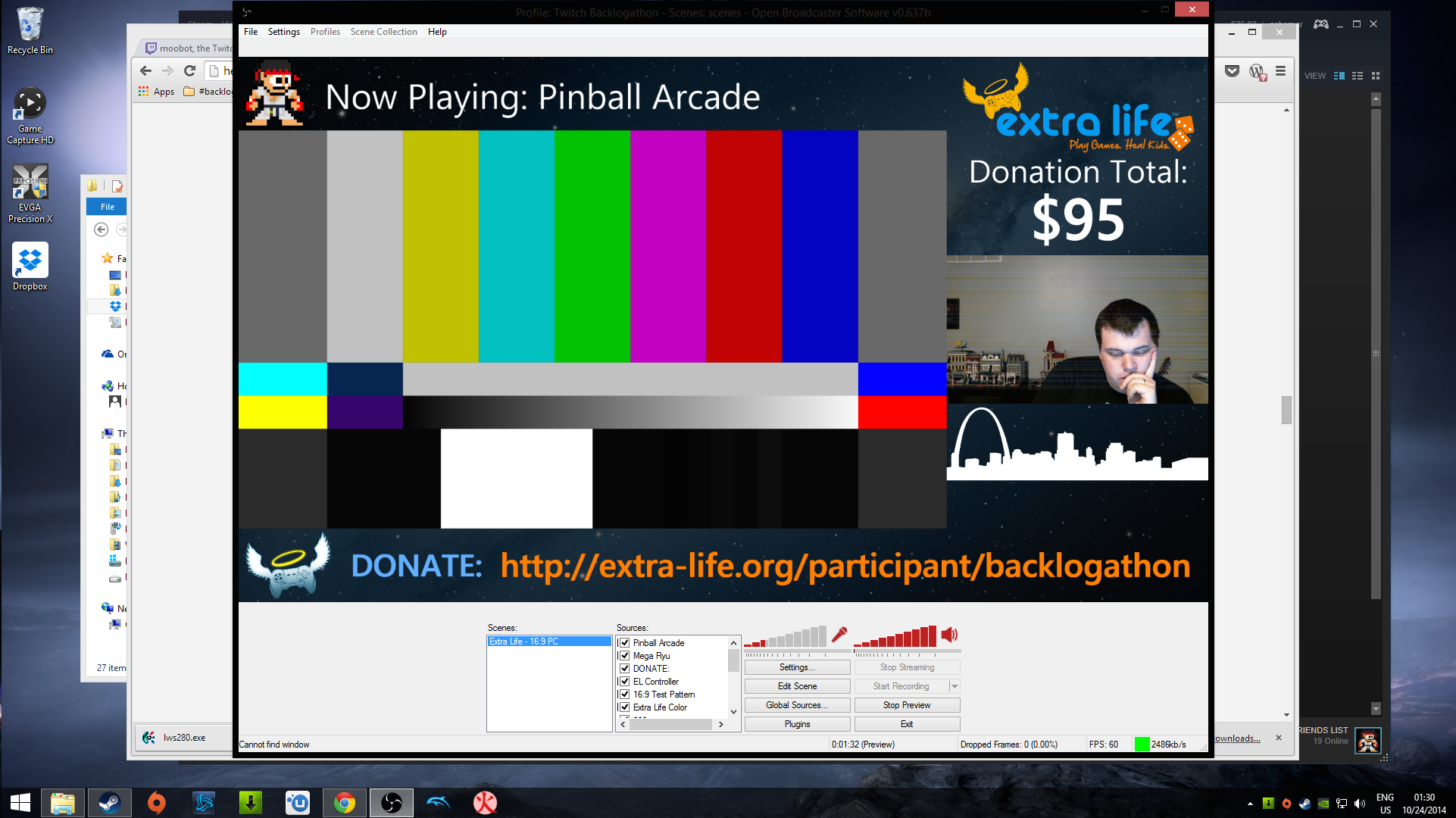 There’s a bunch more color and visual interest. Before, I was using a super-sparse background and I thought it best to change it to something that was busier, but dropped the opacity so it wouldn’t dominate.

I kind of dig adding the silhouette of the St. Louis skyline there. I’m raising money specifically for children’s hospitals in the St. Louis metro area, so it feels fitting and gives it some additional personality.

This kept me up way too late but I love giving just a touch more effort to the look of the stream. Hopefully this will catch some eyes in the main Extra Life directory.

I hope you’ll join me on Saturday.