I’ve decided to implement a halftime break for each column, and this week I’m using the break to start a new game. It’s called “Dick’s Degrees of Separation,” and it’s inspired by the tangents Dick Vitale rattles off whenever he calls a game. Dickie V. has a habit of letting his train of thought get away from him, resulting in rants on a variety of topics that have little to do with his original subject. It’s like he’s playing six degrees of separation in his mind and wants to find a way to connect Kentucky’s ball screen defense to the cheeseburger he ate in Salt Lake City in 1979 while watching the Magic vs. Bird national championship game. To celebrate how entertaining Dickie V. can be, I’ve picked out my favorite Vitale tangent of this past week. I’m going to provide the end point of the tangent, as well as three potential pathways that arrive at the conclusion. From there, it’s your job to determine which tangent is real and which ones I made up. Good luck.

I am so looking forward to next week’s answer and you should be too.

I plan on writing more on this once I receive my printed Quarterly, but some of the best writing on the Internet (or indeed anywhere) is currently happening on Grantland. If you don’t have it in your RSS reader of choice you should change that. 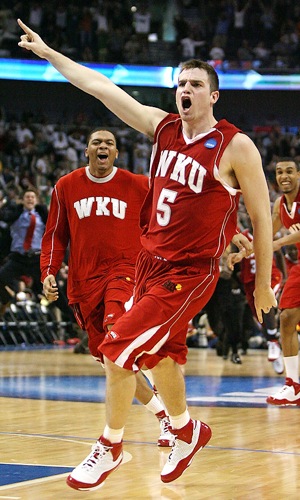