I’ve been spending some time in the evening trying to prep for my Extra Life marathon next week, and to stream everything I’ll be using Open Broadcaster Software (so it will be brought to you by open source!). This is provided my testing works, which I’ll be starting a bit later this week.

This is going to be my first experiment with anything more complicated than the basic tools that are included for the Elgato Game Capture HD, and really the only thing I’ve used a Windows installation for in a pretty long time (other than testing things for work). It’s kind of fun.

I’m pre-configuring all the scenes I’ll be using for the broadcast, and then using the OBS Remote plugin and its web interface on my iPad to control the broadcast. It looks like it’s pretty smooth, but I need to test it out a bit before I know for sure. If you have used either or both in the past and have any expertise you can contribute, please let me know.

Part of using something like OBS is setting up “scenes” for the broadcast, which are combinations of images, video capture, and sound that get what you want out to your viewers. I’m doing some Photoshopping right now, and here’s a sneak peek: 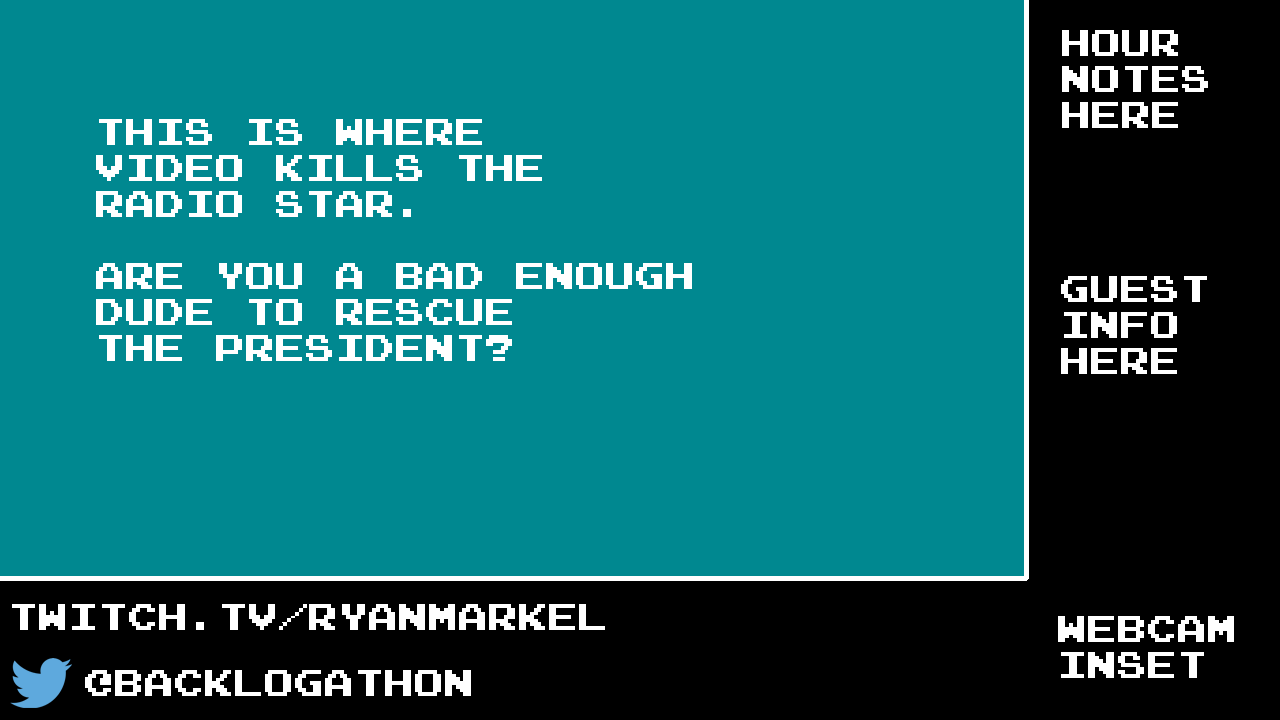 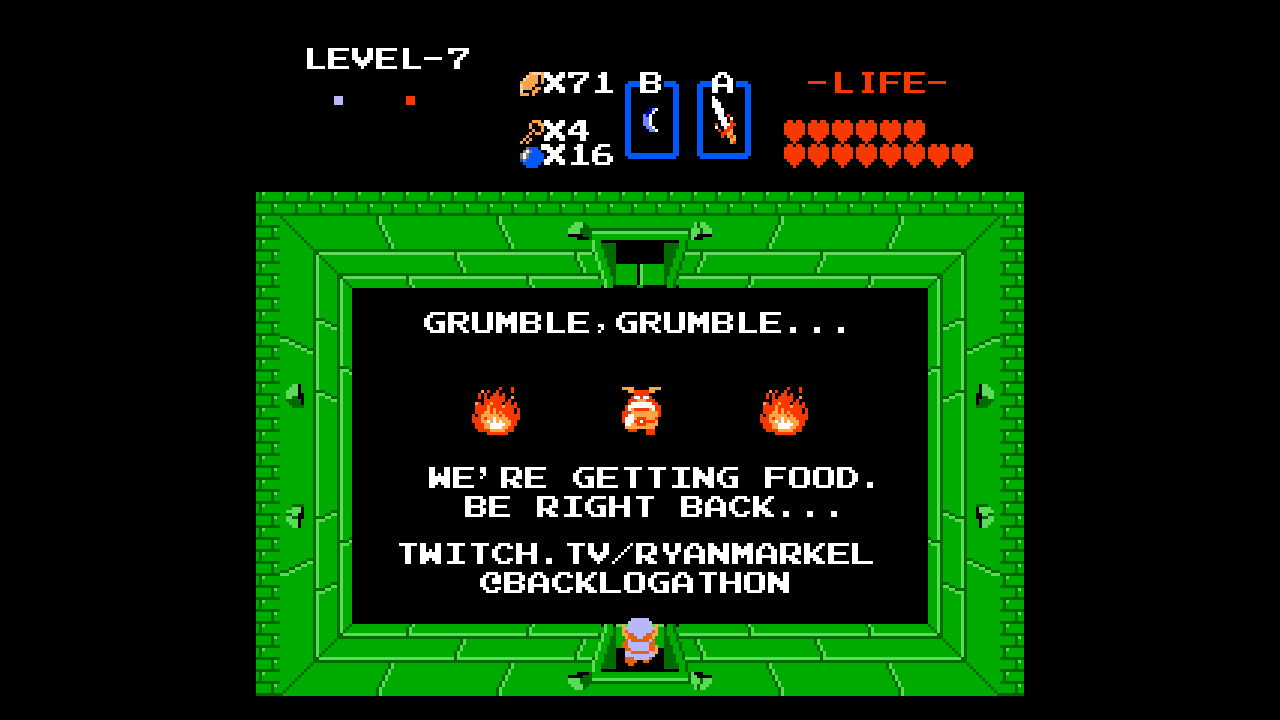 I have no idea if these concepts are going to work, but if you see my stream going up and down, you’ll know I’m testing.

If you think this is cool stuff, please consider donating to the marathon next week!