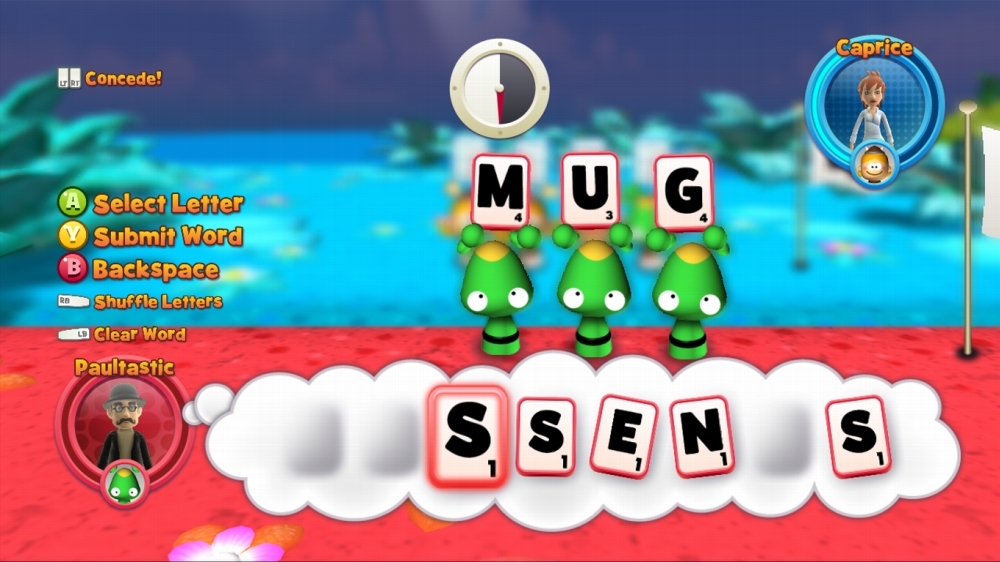 Quarrel is a word game (imagine a mix of Risk and Boggle) with a massive problem: an inconsistent, utterly mystifying word filter.

Try typing in “help,” “start,” “hung,” or a variety of so-far unpublished words during an online game on Xbox Live Arcade and prepare to be told, without explanation, the word can’t be used.

You can see why this might be a problem for a word game.

I haven’t had the chance to play Quarrel online yet, but the fact that there’s a word filter at all on a game like Quarrel that depends on playing words in order to win is ridiculous, let alone the fact that the words that are being caught are seemingly completely innocuous.

I also have the Scrabble implementation that is part of Hasbro Family Game Night and have played it a couple of times, but I can’t recall running into a word filter this strict before.

“Microsoft clearly has reasons for censoring the words they do but we haven’t discussed that with them,” said Taylor. “What we’re focused on at the moment is working with Microsoft to provide a suitable solution.”

The “suitable solution” will come in the form of a patch in the near future. Taylor did not have a timetable for this patch, nor would he elaborate on the details of any proposed solution.

“Suffice to say that it will fix the current word filter issue,” he said.

The only acceptable fix in this case would be to remove the word filter entirely so long as the parental controls on the 360 are set to permit non-family friendly content.

I’m not quite sure what the concern is here. Quarrel is rated E, but every game that has an online component has to carry an ESRB notice that states “Online Interactions Not Rated by the ESRB.” There is a reason for this in that a rating system—however it reviews the content of a game—cannot actively anticipate all actions of a human player.

As an example of how misplaced this word filter is in a game of this type, I can attempt to play the word “start” in a game, and when that fails and I lose the battle (really, you should check out Quarrel, warts and all), I can let fly with an unrestricted string of profanities over the voice chat and there is nothing to stop me.