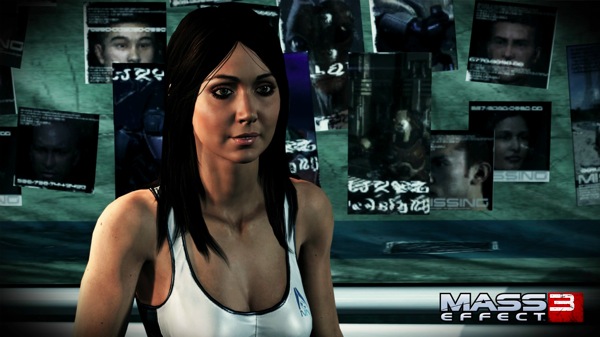 By now a good amount has been written about this “event” by various people.

It boils down to:

So far, the best opinions on this I have read are Susan Arendt’s rundown of the possible reasons for doing so:

I get all that. I don’t like it, but I get it. This is a business, after all, and EA is very, very good at gaming the system to get more of your munney. Which is why I just plain don’t understand the Chobot thing. What does including her hope to achieve? Let’s go through the options.

and Bill Abner’s thoughts on the journalistic integrity of this move or lack thereof:

It’s good to know that Maxim has finally infiltrated the game press and BioWare continues to fuel the repressed sexual angst of both teenagers and lonely adults.  Never fear, now you’ll get a chance to nail a virtual Jessica Chobot! Maybe she’ll even do a Fem-Shep scene! Dream come true, indeed. All of this is so slimy, so juvenile, and so…profitable.

G4 should care, though.

They should care a lot.

Look. I had been wishing that people would at least give Chobot a break on this. As far as I can tell and understand, she’s actually someone she plays and enjoys playing games and has been a big fan of the Mass Effect series.

If you were provided this opportunity to voice a character in purportedly the last game for a while in one of our favorite series, I’m sure you would jump at the chance (and if not I would hope you would defer so I could do it instead).

Then I read this puff piece on G4 regarding the casting announcement.

Let me provide you with some choice quotes:

“It’s a dream come true. I’m excited, stoked and honored. I’m seriously in 7th heaven,” Chobot said. “It’s cool just because it’s in a video game, but it’s also for one of my favorite companies of all time, Bioware, and in one of the most epic series of all time, Mass Effect 3.”

This is great. It’s about the kind of quote that I would provide were I in that position. BS detector not engaged yet; condition green.

Chobot says the sight of herself as a virtual character was a bit of a shock at first.  “You’re just not used to seeing yourself like that,” she explained, “I have huge chipmunk cheeks. I hope I don’t look like a chipmunk in real life…and the butt and boobs are impressive. I wish I had boobs like that, and the butt is quite large. I hope my butt is not that big, but I’m happy that everything looks very firm in the game.”

This is a grade A humblebrag. It also happens to draw attention to the reason lots of people have been ragging on her for being in the game that I was hoping was just mistaken: “They made me look pretty in the game (except for the big butt) but I’m really not all that pretty” says the former model who had a picture taken suggestively licking a PSP.

But let us go on.

“Last I heard, I am one of the ‘romanceable’ characters in the game,” Chobot said. “I think you can bring me on the Normandy, I think you have the option of kicking me off too. I’m not sure if that’s before or after you romance me, so we might have a Jersey Shore moment. I think you can romance me with a man or a woman. We’ll see when the game comes out,” Chobot added.

When asked whether she planned to “romance” herself, Chobot said, “Oh, I’m gonna give it to me so hard.”

I could facepalm on this twenty times and it wouldn’t be enough. It is pandering, juvenile, and embarrassing all at once. I’m not often embarrassed by what happens in the games industry, but this “interview” by a “journalistic outlet” is just plain awful and I’m frightened to think that not only did someone write it, but I have no reason to believe that this is anything other than thinly veiled PR for G4 and someone thought it was a good thing to post to the internet.

As cool and respectful to women as Bioware has been with Mass Effect (female main character option with complete voiceover, strong female character in ME2’s Liara, range of love interests in ME2 for those playing as a female lead), they have done just as much that’s lame (female love interests that all have daddy issues and insecurity, Jack’s “clothes”, Miranda’s gratuitous ass cleavage), so this unfortunately doesn’t really surprise me.

I was hoping to be able to get past this and maybe be pleasantly surprised in a casting choice that strangely made sense in the end, but this promotion in the form of “reporting” just brings into relief the fact that it’s a mark of the immaturity that still plagues the game industry and the media that covers it.