This week was the scheduled week for SFV at the St. Louis FGC weekly. For the last two SFV  nights, they have not been able to field an 8-person tournament.

So tonight, they announced Smash 4 doubles for the first time (to replace SFV in the future).

The not-Smash side of the room: 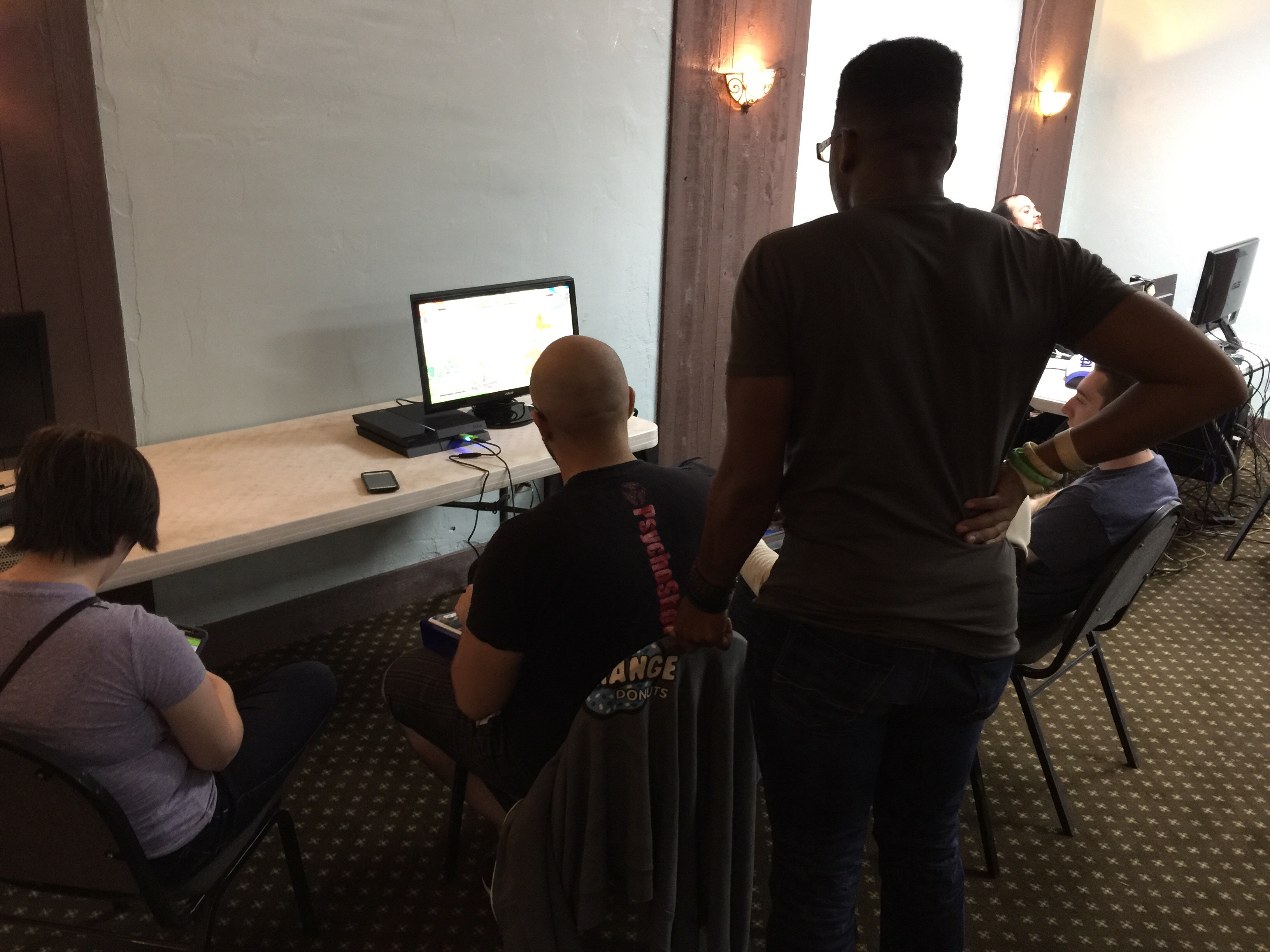 The Smash side of the room:

And there is a Smash singles tournament going on elsewhere in St. Louis at the same time.