Some of my colleagues here at WordPress.com thought it would be a great idea to send out some nifty emails to many of our users with a summary of their blog’s activity over all of 2010. With a click of a button in that email, you can post it to your site as well. What follows is mine:

The stats helper monkeys at WordPress.com mulled over how this blog did in 2010, and here’s a high level summary of its overall blog health:

The Blog-Health-o-Meter™ reads This blog is on fire!. 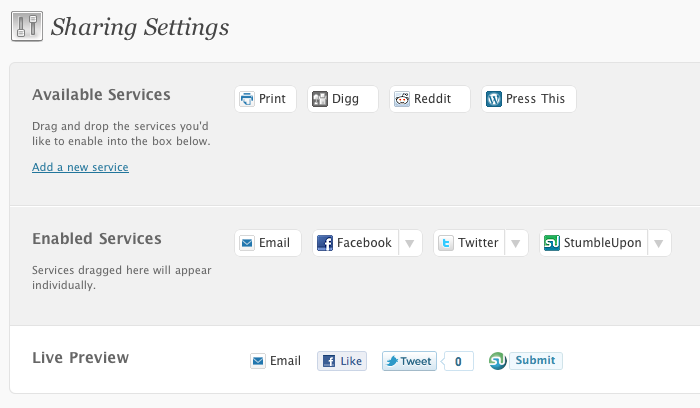 The busiest day of the year was August 31st with 163 views. The most popular post that day was Adding a Custom Sharing Service to Sharedaddy.

Where did they come from?

The top referring sites in 2010 were wordpress.org, en.forums.wordpress.com, twitter.com, facebook.com, and WordPress Dashboard.

These are the posts and pages that got the most views in 2010.

Adding a Custom Sharing Service to Sharedaddy August 2010
7 comments and 12 Likes on WordPress.com

I’ve Gone Automattic January 2010
6 comments and 1 Like on WordPress.com,