There’s not a ton to boil down for you out of this week’s This Week at Bungie, but what’s there may be significant for you. You can find Bungie’s original post here.

What we do have is a lot of statistics, and some data regarding Year One weapons as we roll into Year Two in four weeks. Solstice of Heroes is well underway at this point, and I hope this week’s update finds your armor grinding underway (or not, if you’ve chosen not to pursue it).

END_OF_DOCUMENT_TOKEN_TO_BE_REPLACED Just a brief analysis based on what I saw on the Cardinals’ home page. 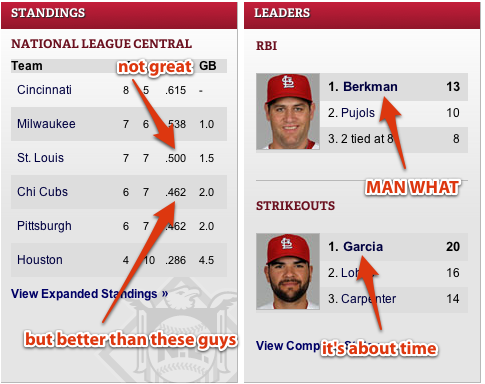 I do not present myself as an example here, but the point is automatically taken.

Do you like numbers? Stats? Deriving crucial information from those stats? Obsessing over percentages, choices made, and the consequences of those acts?

Baseball is the sport for you.

I present for you the MLB.com Gameday default view: 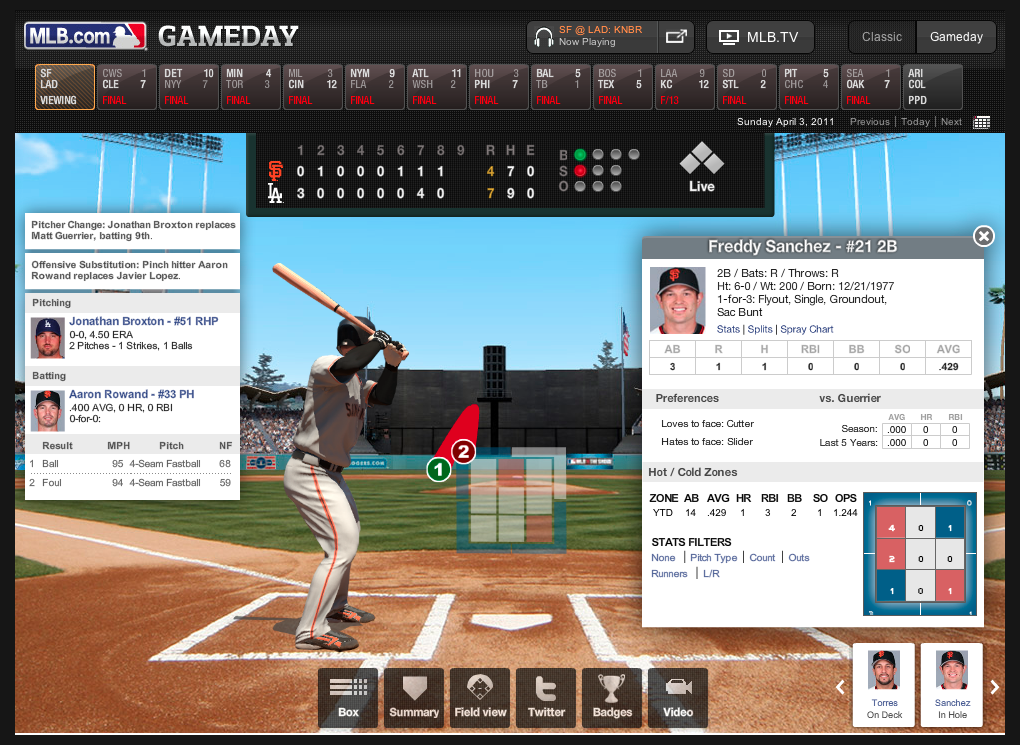