I won’t lie; this is a proud day for me.

My first commit to WordPress.com. Hopefully the first of many.

And then the next step is to have my first accepted patch for WordPress itself.

This is the clearest case I have seen yet for the Xbox One changing how we watch television faster than television providers are willing to move it: 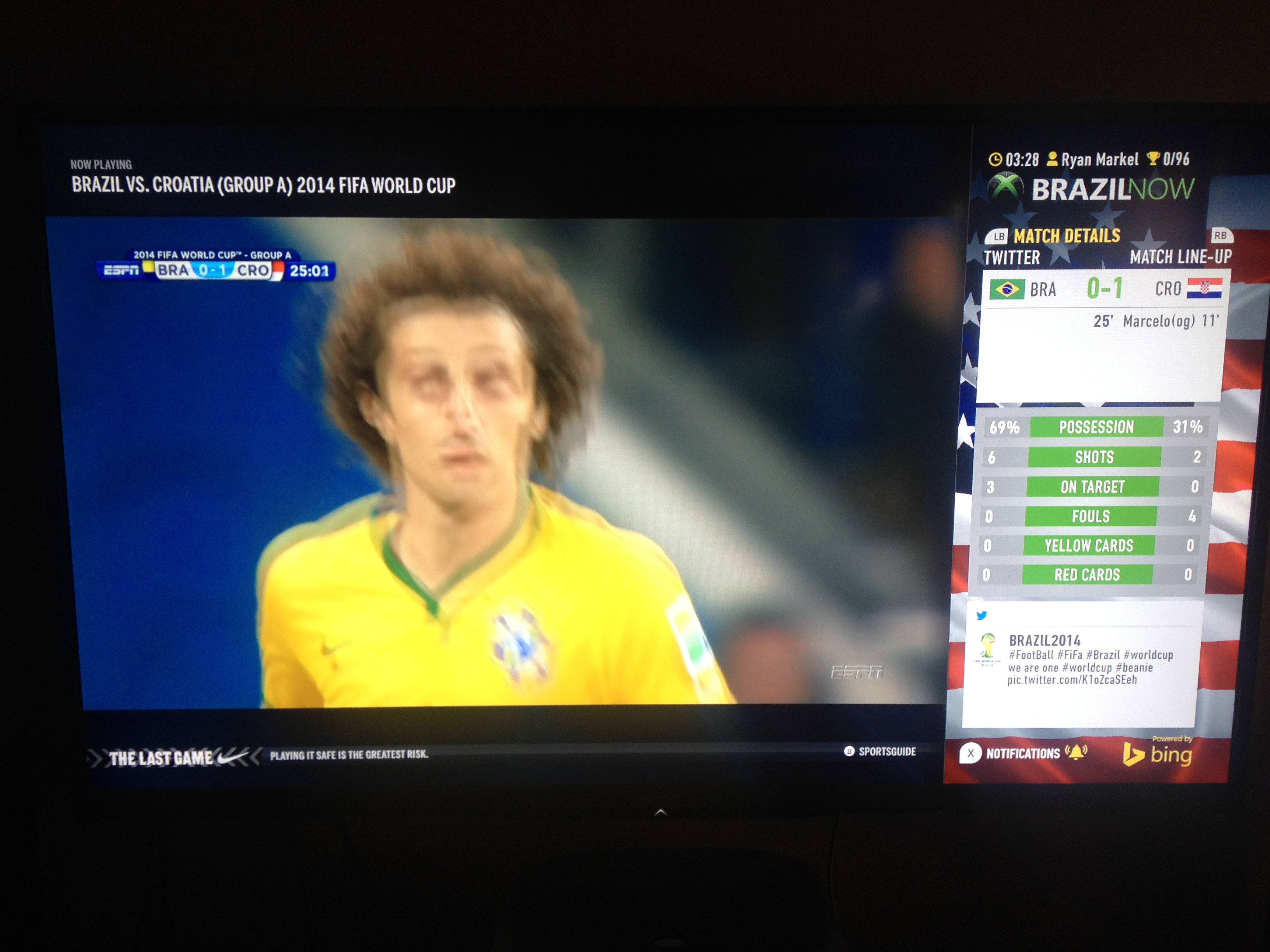 You might have noticed the large-size artwork I added to the top of my music post this week. If you are ever looking for proper-sized or high-resolution artwork for your music collection, Ben Dodson has written a really cool little web app using the iTunes Search API to find the album artwork you need.

I use this tool to find artwork for albums that iTunes tends to miss in the automatic process, as well as for TV shows I have on DVD that I’ve ripped to my iTunes library (so the artwork looks correct on an Apple TV).

Check it out and search for something. The only downside is that stuff that’s not on the iTunes Store won’t return anything, but that’s rarely a problem in my experience. 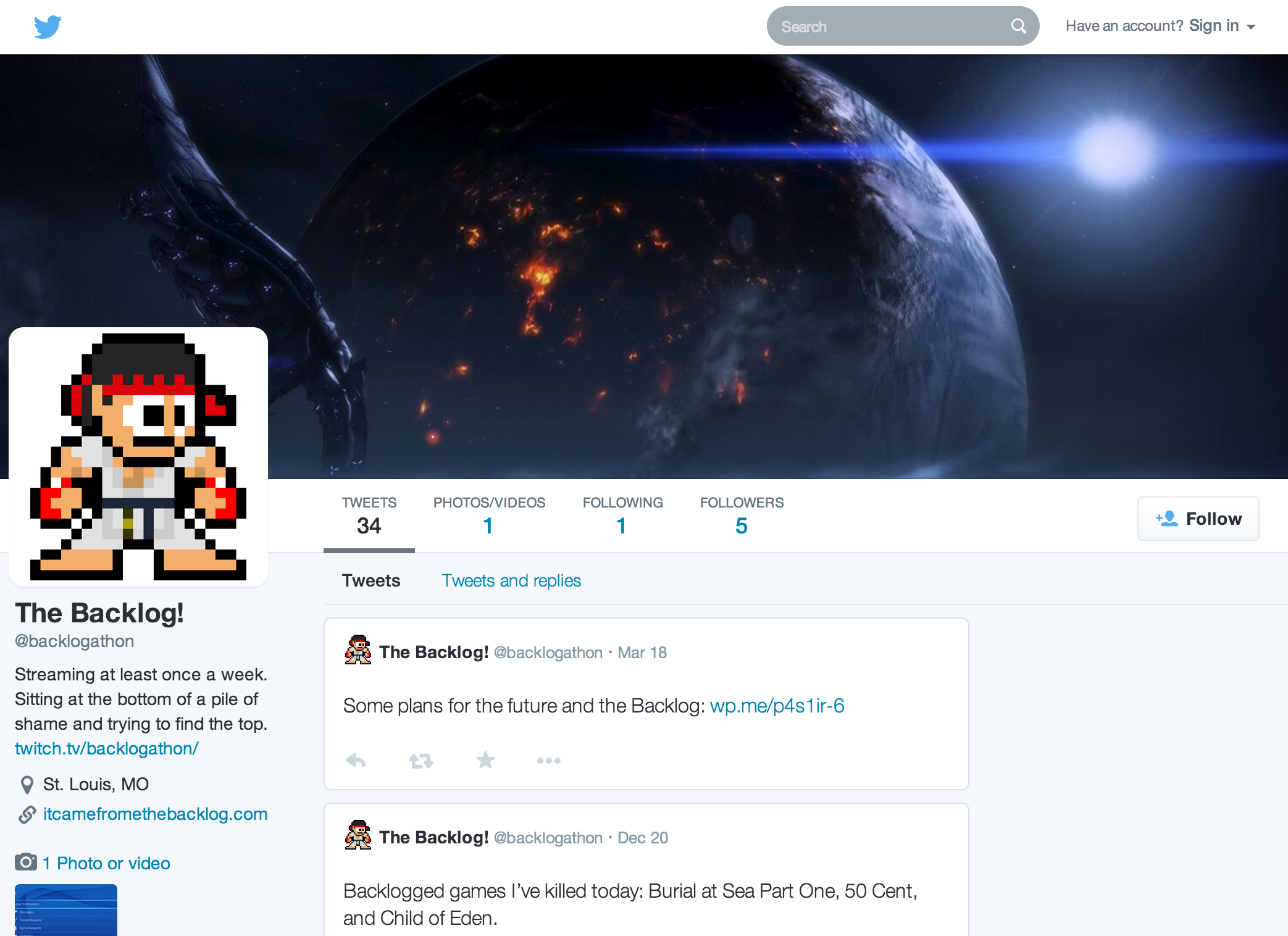 I think I caught an A/B test earlier this evening. Has anyone else seen this? Interesting re-do of the Twitter aesthetic.

Earlier today, ESPN launched the new FiveThirtyEight, hosted on WordPress.com VIP. I’m happy to say that I had a hand in this one, as I helped with the content migration process, much as I did with Grantland when it launched on VIP.

It’s such a small thing, and it’s quite a bit automated, but it feels great whenever I’m able to have a hand in helping something that’s so interesting to so many people get fired up and out the door on our service.

I love that about being on the VIP team—I get to help make really cool, really big sites happen. And I get to be part of the team that helps take care of the technical stuff needed for such a site to run, so their editors can focus on creating great content.

I’ve been enjoying going through some of the archive on the new WWE Network, which really is a pretty nifty thing. If you’ve been curious about what they are doing, you might also be taking a spin through the archives. If so, you are being exposed to the stylings of Gorilla Monsoon, who was a character of a guy.

You’ll notice that he has his own broadcast wrestling vocabulary. Here’s your guide.

capacity crowd – any crowd at any event, regardless of the stated occupancy limit of the venue or the number of tickets sold

cutting the flow of oxygen to the brain – what happens whenever one wrestler holds another anywhere within about six inches of the throat area; the wrestler being held appears sleepy until the referee tries to drop the arm the third time

high-risk maneuver – anything originating from the top turnbuckle, usually before it backfires

intestinal fortitude – what a face ((A face is a “good guy” in wrestling parlance.)) has when he is getting the crap beat out of him

(name) is like a house of fire – usually used in tag team matches; when a wrestler enters the ring and starts going to town on one or (often) more other wrestlers

pandemonium – any situation that makes the crowd go crazy

Pearl Harbor job – anything that is supposed to be a surprise, regardless of how it looked

If you have any suggestions for further entries, please leave a comment. Credit will be given where due.

I think it’s safe to say this is one of the best game bugs ever captured on video. High five.

I’ll talk about this briefly and just link you to the page that has the long story, which you can find here if you just want to get to the point:

This upcoming December 20th, I’ll be participating in a 25-hour gaming marathon to benefit St. Louis Children’s Hospital. I’ll be convincing my family and friends in to being a part of the run, both in-person and on Xbox Live.

If you’d like to help the marathon, you can donate to the event, sign up to help me play some games, or just watch the livestream and help it get some attention.

Extra Life was supposed to be run on November 2nd, but I missed it, so let’s give St. Louis Chilidren’s Hospital a Christmas gift, shall we?

All in all it seemed obvious to me that whoever at Apple was working on the effect found the ideal amount of give to the parallax panning to get a natural feel and set the dimensions of new desktop images to fit this ideal down to the pixel. Therefore, to get the most natural fit for your wallpaper images in accordance to their current programming I highly recommend you crop iPhone wallpapers to 744x1392px and iPad wallpapers to 2524x2524px.

So there you have it: the ideal resolutions for wallpapers that will appear properly at whatever rotation and with the right kind of parallax scrolling.

Speaking of, John has a fantastic collection of wallpapers available that you can purchase for both form factors combined for just $10. I recommend them because they are awesome.