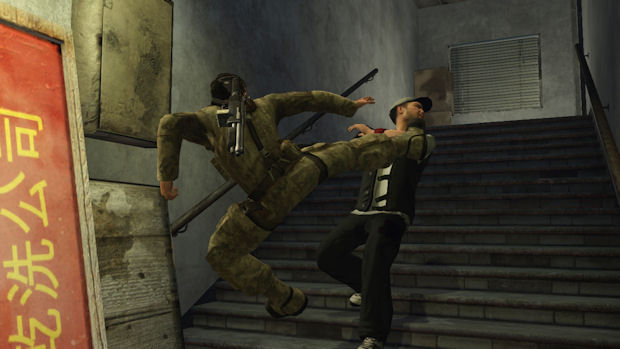 That’s right; I backlogged a game! In between Gears 3 and MW3 and everything.

This is going to be brief, as there’s not a lot to be said that hasn’t been already. The tl;dr version is that if you find a cheap copy of this and you like Mass Effect 2-style RPG action titles but aren’t picky about a riveting story, you should give this some time.

Alpha Protocol is an espionage-based RPG, which was enough to get my attention when it was in development (I think this is a logical RPG setting). However, it hit some pretty rough reviews when it was released, so I tabled the idea and certainly wasn’t going to drop $60 on it. I had the opportunity to snag a copy for about $12, and I’m pretty happy I did.

The game does a very few things right but mostly throws out a few promising ideas that don’t seem to have been given enough time to bake. At first I found the game to be really exciting and novel, but as it wore on I realized that it was falling back on old ideas and in the end wasn’t particularly engaging. The characters were memorable enough and the stable of voice actors was pretty great—it’s too bad that the words they said weren’t as memorable, nor was the voice direction solid. A lot of the story came across as flat.

The largest sin that it committed in my eyes was that it tried to take the story threads and characters from the first three missions and then weave them together in the final mission as some kind of cohesive story. It didn’t work and just served to cheapen the impact of the choices that were made earlier. It felt like the writers ran out of ideas and had to stretch beyond their abilities.

That said, I did manage to enjoy it pretty well in spots and put in a couple of pretty long play sessions with it, so something was going right. At less than $20, it’s a decent buy if you like action RPGs. Just don’t expect anything revolutionary. I think it would have been a decent franchise to revisit in a sequel with some additional polish, but as it didn’t sell very well that’s not likely to happen.

It gets a “hm, this was interesting yet flawed” from me. Honorable mention goes to Nolan North’s turn as Steven Heck, which was one of the better parts of the game.